I’m just going to say it: You know good and damn well Bernie Sanders didn’t say all black people are poor and live in ghettos, or that all white people don’t know what it’s like to be poor. Cut that sh!t out.

The following podcast was recorded in response to the Flint Michigan debate. I debated whether to post it and initially decided to skip it. But there’s still a very small strain of folk trying to push the ridiculous notion that Sanders “doesn’t know how to talk to black people” as if there’s a specific way we all need to be addressed in order to understand what’s going on. 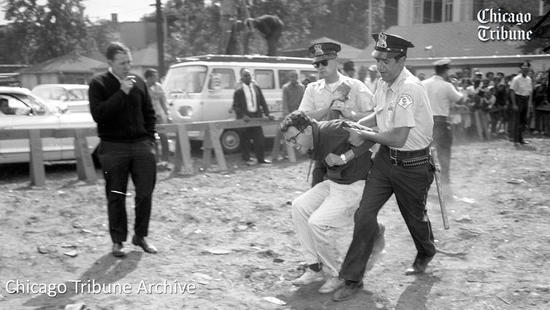 Some people have even taken it further by making allegations that Sanders — Jesse Jackson supporting, segregation protesting, anti-big money Bernie Sanders — may be ‘racist’. #GTFOHWTBS

Truth be told, some of yall a$$es — complete with media platforms which reach millions of people — are too damn educated to honestly believe that. But because Sanders isn’t the candidate you’re supporting in the primary, you’ve gone out of your way to keep that as a possible interpretation of what he said. Seriously, cut that sh!t out! You know better than that.

When Sanders was a young person, he was a protester. He participated in sit-ins and was a participant in progressing civil rights. He got arrested for protesting against segregation during that time period as well. He didn’t have political office nor power so he wasn’t doing it to get the “black vote” or to look good for the cameras.

And THIS is the man who “doesn’t know how to deal with black people” or who is “racist” in a few people’s minds?? #GTFOHWTBS

#ICant with some of yall a$$es. If what I Just said doesn’t apply to you, then I’m not talking to you so get out of your feelings and move on.