Bernie Sanders appeared at the “Faith and Social Justice Roundtable” April 16 2006 in Brooklyn to discuss a number of issues including income inequality. 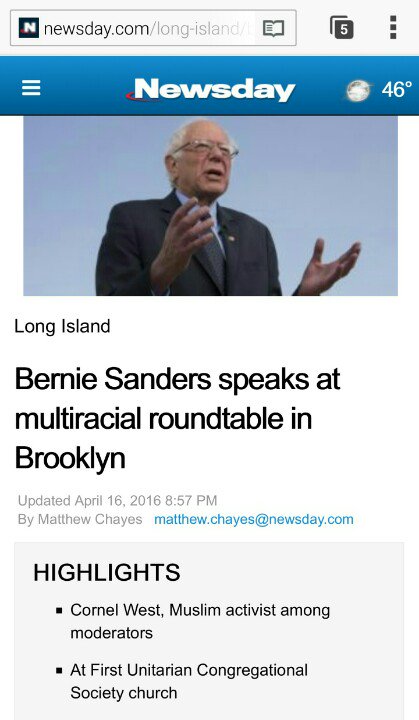 If you remember, Sharpton and West had a famous run-in years ago on MSNBC but there’s not evidence that was the reason for Sharpton’s no-show.