George and Amal Clooney’s high dollar fundraiser for Hillary Clinton hit the news and many were critical of the amount of money required to be in attendance… including George Clooney (oops!)

But taking the opportunity to draw contrast between Clinton and opponent Bernie Sanders, a neighbor of the Clooney’s is holding a $27 fundraiser aimed at “the 99%”, or those who can’t afford to attend such high-dollar fundraisers. 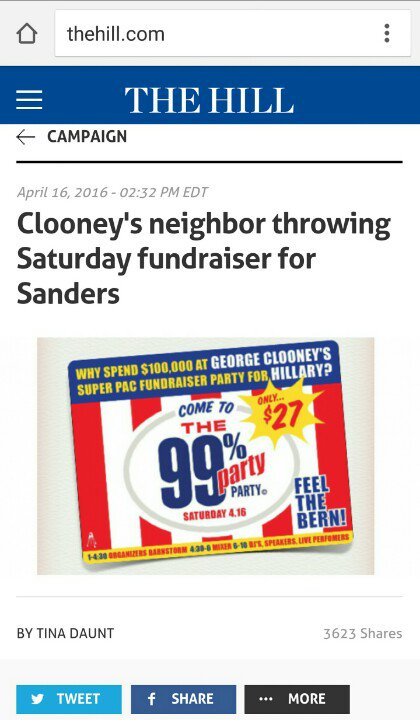 The fundraiser is being thrown by members of the family who founded the 99 Cents Only store chain.

Reportedly, the invite includes the words “no-one (will be) turned away for a lack of funds.”