The King of the Smug-faced Bastards over at Fox News got thrown in jail for turning into a drunk bastard in an airport bar at the Minneapolis-St. Paul International Airport earlier this week.

In his mug shot, he’s looking very much the-perfect-pervert with a light smirk and a scruffy beard. 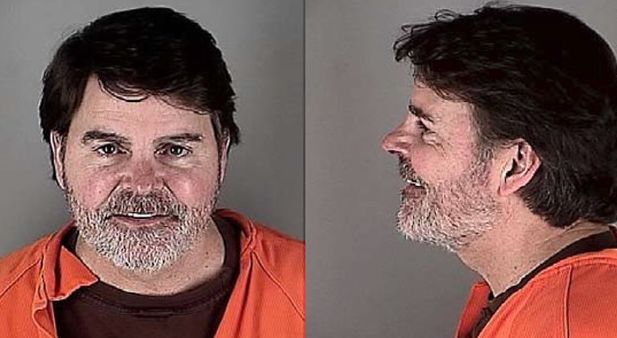 Certainly he doesn’t look to have just gotten snatched up by the cops for being drunk off his ass at an airport bar…or does he?  How does one look after getting pinched as a result of public drunkenness and disorderly conduct?

Jarrett was described as “belligerent and uncooperative” when he was arrested.  Fox News’s spin is that Jarrett is “dealing with serious personal issues at this time”.

Of course Jarrett won’t do any hard time.  He was released on $300 bond and will have to appear in court on a “misdemeanor charge of obstruction of the legal process and interfering with a peace officer”.

That charge makes it seem like he was picked up for protesting the Keystone XL pipeline or something equally as benign.

Personally, my intro to Gregg Jarrett was during the Michael Jackson 2005 trial when the late singer was falsely accused of molestation. (Trust me, boo. I’ve read the official courtroom transcripts. The allegations were false as hell… hot air balloons to Brazil and all).

During the coverage of that Jackson trial, Jarrett was despicably smug and often presented in one-sided, shallow coverage….kinda like everyone else at Fox News…. on the issue of EVERYTHING EVER.

I don’t wish bad luck on anyone but I certainly wasn’t shedding any tears over hearing this news.

UPDATE: Yes, I know, I know. Bill’O and Hannity can both be crowned King of the Smugfaced Bastards. Both O’Reilly and Hannity are more well known, but certainly anyone who’s seen those special Jarrett smirks knows he’s no amature in displaying a special brand of hatefulness.  Maybe they’re like ‘The Original Kings of Comedy’….. …… ……. The Original Kings of the Smug-faced Bastards…I like it.