Apparently election shenanigans have continued during the primary process in states around the country.  The city of Baltimore, MD has found itself with more votes cast than people who actually showed up at the polls.  Woops! 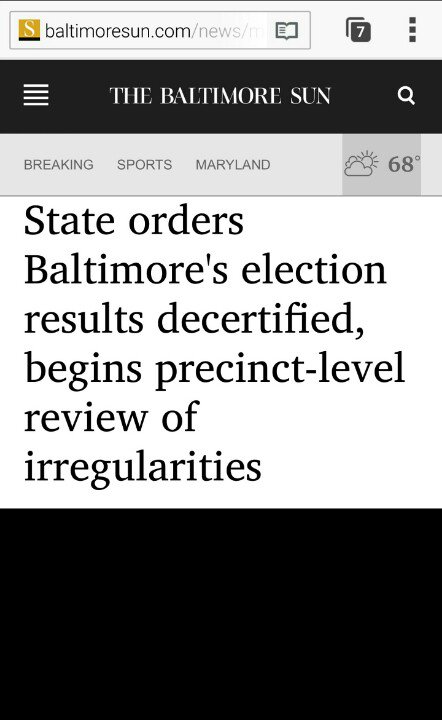 According to a new report from The Baltimore Sun (May 12), state election officials have officially decertified the election results because of highly irregular findings and will start a “precinct-level review” to look into what happened.

Linda Lamone, state election administrator, was “concerned about an unusually high discrepancy between the number of voters who checked in at polling places and the number of ballots cast”, the Baltimore Sun reports.

Hillary Clinton won Maryland with 63% of the vote.  However, Catherine Pugh won the democratic primary for mayor in Baltimore by roughly 2400 votes.  Pugh reportedly won with just 36.6% of the vote because of the sheer number of people running.  The Baltimore Sun also reports there were other races where only a few hundred votes separated local candidates.

In addition, the reports states that “eight data files went missing for about a day after the election”, some polling places opened late, dozens of provisional ballots were never analyzed, and former felons were given misleading info about voting.

The question is will so-called “liberals” care about this news given the fact that their fav won the main contest(s)?